The PDC remains available for remote assistance, consistent with the governor's emergency proclamations. Please contact us for assistance at (360) 753-1111 or pdc@pdc.wa.gov.

Russell Lehman, a former legislative and gubernatorial adviser who has led several nonprofit and public affairs organizations, is the newest member of the Public Disclosure Commission.

Gov. Jay Inslee appointed Lehman, an attorney who lives in Olympia and works in Seattle.

"Russell's extensive experience in state government and public affairs will make him an excellent addition to the PDC," Inslee said. "His commitment to engagement, education and accountability will benefit all Washingtonians."

Lehman brings decades of experience in government, public affairs and education to the commission. He was the director of enforcement for the Washington State Insurance Commissioner, an adviser to Gov. Mike Lowry and counsel for both the Washington and Connecticut legislatures. 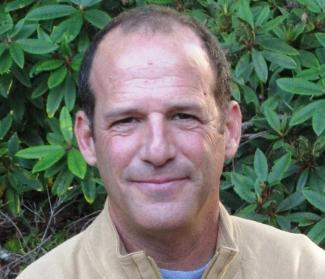 Lehman founded and led the First American Education Project, a nonprofit aimed at raising the voice of Native Americans in the political process. More recently, he was executive director of Food Action, a Seattle-based organization that promotes sustainable farming and food systems.

He also has consulted for numerous tribes and has served on the boards of Climate Solutions and the League of Education Voters.

"An informed electorate is essential for a healthy democracy, and I am honored to join a commission dedicated to defending the public's right to know about money in politics," Lehman said.

A native of New York state, Lehman received a bachelor's degree in environmental studies from the University of Colorado Boulder and a JD degree from Antioch School of Law.

He served on the Olympia School Board from 2002 to 2008, and has taught courses in public administration and nonprofit leadership at Seattle University, The Evergreen State College and the University of Oregon.

"Russ has a deep understanding of the pivotal role transparency plays in good government," said Commission Chair Anne Levinson. "He will be a considerable asset to the commission as it continues to advance its mission of timely public access to information and full and fair enforcement of the state's campaign finance laws."

Voters created the PDC in 1972 with the passage of Initiative 276. The agency provides information about the financing of political campaigns, lobbyist expenditures, and the financial affairs of public officials and candidates. It also enforces Washington's campaign finance and disclosure laws.